Tui have capitalised on the popularity of memes so much that they even allow people to create their own meme on their website!

If you use Facebook, you will see “memes” every day without even thinking about them. Those pictures with a comment that give you a chuckle about something that is immediately recognisable are memes. They are a way to spread concepts and ideas rapidly through a community using a commonly understood image.

If you’re not sure what a meme is, (it’s pronounced “MEEM”), think about the “Grumpy Cat” pictures that pop up on facebook all the time or “Keep Calm And…” posters. In New Zealand, the “Yeah Right” Tui adverts have spawned a local meme that has become so popular that when we say “yeah right”, everyone thinks of the Tui billboards. Tui’s advertising meme has become a part of our culture!

In effect, a meme is an idea that has become so popular that it reaches a level of “mass recognition”, where we are all in on the joke and want to imitate it or pass it on. It’s a way of conveying (or even creating) popular culture.

Meme marketing must be timely!

You can leverage off the recognisability of a meme to capture attention, connect with your customers or spread a message. However, the timing of your meme will make a huge difference to how many people share it and the interest it will generate for your brand.

In March 2015, Kim Kardashian had bleached her hair and the internet was abuzz with memes comparing her to Malfoy from the Harry Potter movies. If you’re like me, you probably roll your eyes every time you hear about the Kardashians, but you have to admire the marketing power of someone who can simply change their hair colour and spawn millions of interactions online in the process. This was a great opportunity for someone running a hairdressing business to highlight the dangers of not getting the right colour for their hair. Here’s a meme I created comparing Kim to Kira, the gelfing puppet in The Dark Crystal. It might have taken off at the time but now, who would care?

A Kim Kardashian meme – probably too late to compete with the Pokemon Go memes!

On the other hand, if you could capture the power of the latest craze sweeping the globe, wouldn’t your meme spread faster and further? Below is a meme that appeals to people who play the Pokemon Go game using the “Expectations versus Reality” meme. If you could associate your message with a meme like this, you could spread your brand to literally millions of people. The amazing thing is that the company behind Pokemon Go probably didn’t even create this image, their users have done it for them! 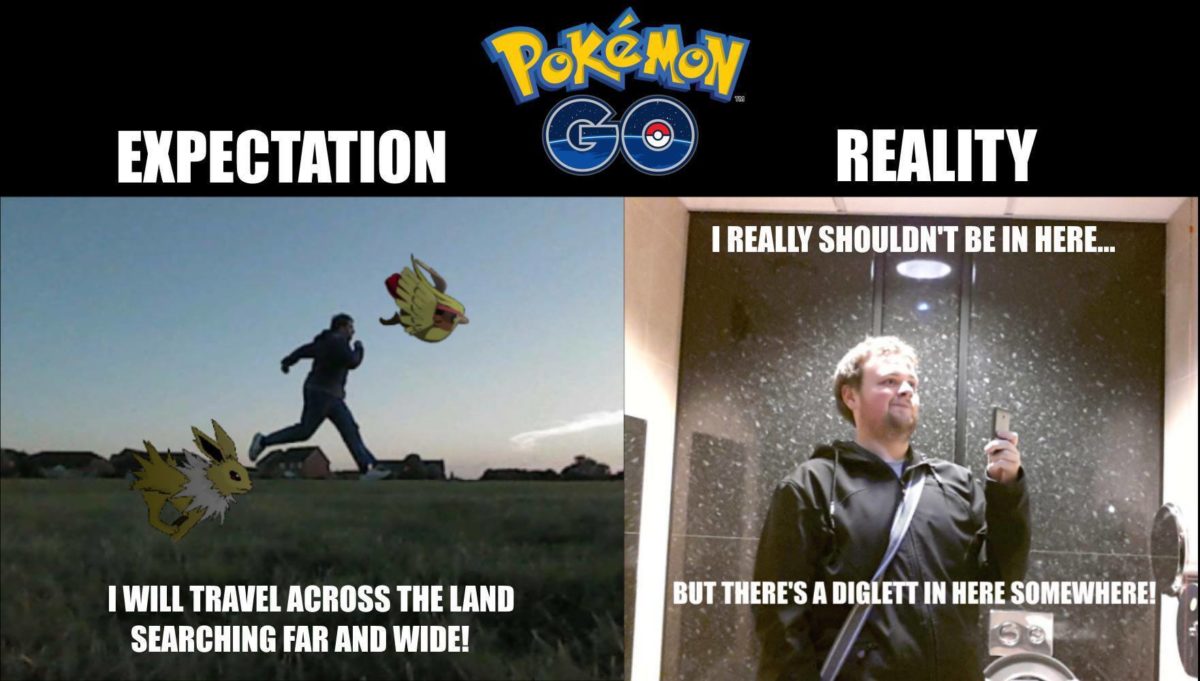 The Expectation vs. Reality Meme captures the Pokemon Go craze

Making your own Meme

Game of Thrones spawned a number of memes. This one can be used for almost anything!

The thing to understand about memes is that you can’t just use any old photo. Unless you’re confident enough to try and create your own original meme, you need to choose words, concepts and an image that are already recognisable and associated with a familiar feeling or idea. There are three or four parts to a meme. The Pokemon Go meme above, uses all of them but some may use less.

So give it a go! Make your own meme. There are a number of websites that offer you the chance to create a meme based on your own images or an existing meme that you can edit to add your own text. Here’s a few of them…

Try making your own meme!