Smartphone Growth: Why your website needs to go mobile now!

According to a report by BusinessInsider.com, something amazing happened in 2011. The number of smart phones sold was greater than the number of standard computers sold. They say that mobile device sales have only just begun to hit it’s growth phase and that in a few years, mobile devices will far, far outnumber PC’s. 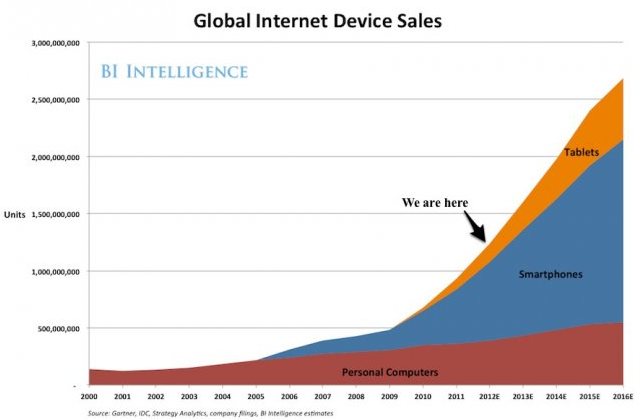 Research from Morgan Stanley Research shows that at the end of 2011, there were 835 million users of smart phones worldwide. That sounds like a lot and a great incentive to ensure that your website is mobile-friendly. However, consider that there are still 5.6 Billion “Dumbphone” users who will be coming into the market for smart phones over the next few years. The US is ahead of the game and roughly half of cellphone users have a smart phone. 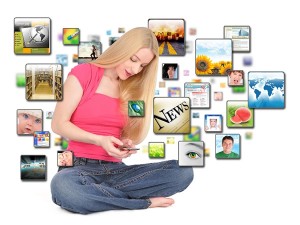 Smartphone growth in New Zealand isn’t far behind. A study by AUT showed growth in smart phones and hand-held wireless devices grew from 7% in 2007 to 18% in 2009 and 27% in 2011. More than 25% of users accessed the internet from a hand-held mobile device like a smart phone or a tablet. 2012 will be the year that smart phone penetration really takes off.

Similar to when mobile phones first entered the market, initially smart phones have been seen as a fun (but un-necessary) toy. However, as numbers grow, the market for smart phone viewing becomes too great to ignore and more and more businesses start to target smart phone users, making the use of a smart phone more valuable to the man (and woman) in the street.

Mobile advertising alone is growing at a staggering rate in the US. Revenue from smart phone advertising more than doubled from 2010 to 2011.

The smartphone growth in mobile applications is staggering in comparison with what has gone before. Consider the growth of “Draw Something”. This is a mobile app that lets users draw a picture. It launched in February 2012. It now has over 20 million downloads and generates over US$100k revenue per day from 12 million users per day. Now the comparison…

You might think that at this level of growth, something must slow it down. Perhaps eventually but not yet! Several research groups have reported that globally, internet users will double over the next few years and most of those will be mobile users.