The Evolution of Social Media: How It All Started 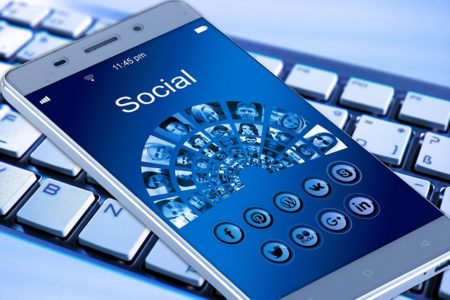 Though no one has a crystal ball, it is clear that the growth of social media will continue rapidly.

Today, everyone knows what social media is. Even the most out-of-the-way parts of the world have access to Facebook and Twitter. In most countries, these platforms are accessed as many as four times per person per day! However, it wasn’t like this a decade ago. Not only did not as many people have internet access at that time, but social media was just getting started.
This post explores the evolution of social media over the past decades.
Let’s take a look.

In 1997, the first social media site with all of the elements we recognise today was launched. Six Degrees was one of the first to enable users to set up a profile and become friends with other users, it shut down in 2001.

Many of you may remember that back in the early 2000s, MySpace was the most popular place to set up a profile and interact with friends and family. But did you know LinkedIn also had its origins around this time? Geared specifically toward professionals looking to network and connect, LinkedIn was the first social media platform established for business. Its basic functions have remained the same right up until today.

In 2004, Facebook entered the social media scene and soon became the giant that would define the social media industry. Even after all these years, Facebook is the number one social networking site there is, boasting over a billion users.

Owned by Google, YouTube launched the first major platform for uploading and sharing videos in 2005. Users can create and subscribe to channels, like and comment and embed videos on other websites. YouTube now has more than one billion users worldwide that collectively watch 1 billion hours of videos per day.

Then in 2006, Twitter burst onto the scene, taking the idea of short texts from the mobile phone directly to the web. It wasn’t long after this that several other social platforms arrived.

In 2009, Facebook launched its free instant messaging and voice-over-IP service WhatsApp, which has since become one of the leading IM services around the globe. Requiring a cell phone number upon signup, WhatsApp runs on all major smartphone operating systems and can also be linked with a desktop version.

Pinterest launched in January 2010, allowing its users to search for, save and share images (and to a limited extent, animated GIFs and videos) on “pinboards”.

Instagram was launched in 2010 for iOS users and in 2012 for Android users. Today, it is one of the most-used social media sites for photo sharing.

Snapchat followed in 2011 and is primarily used for creating multimedia messages referred to as “snaps”. Snaps can consist of a photo or a short video, and can be edited to include filters and effects, text captions and drawings.

One of the newer players on the scene, TikTok originates in China where it was launched in 2016 under the name Douyin. Also called “the king” of short videos, users can watch, discover and upload millions of personalized short clips ranging from 15 seconds to 3 minutes long.

Though LinkedIn first appeared in the early 2000’s, it was designed as a business-specific platform. However, around 2010, the online landscape shifted and businesses began to find a voice on the other main social media platforms such as Facebook, Twitter and even Instagram.

Social media icons were seen everywhere and it became almost unusual to see businesses or brands without them. Businesses also took advantage of the opportunity to build links using social media.

Now, social media platforms cater to all kinds of users such as Pinterest for clipping inspirational images, Instagram for creating and sharing videos and pictures via Story, Feed, Reels or IGTV, and Snapchat for sharing temporary clips of our daily lives.

In addition to the big mainstream sites, several other social media platforms have popped up over recent years catering for special interests such as music (Spotify) and microblogging (Tumblr).

One of the first social networking platforms, Friendster is often considered a prototype. It was launched in 2002 as a social gaming site and gained huge popularity especially in the Asian region. In 2011, it had more than 115 million registered users that participated in online games and communicated with each other via messages, posts and content sharing.

Friendster was shut down in 2015 and similarly, most social media networks solely dedicated to gaming are no longer functioning. However, some of the mainstream social media platforms give gamers plenty of opportunities to connect with each other. While Reddit, Discord and Stream enable users to create communities, servers and sub-hubs, Twitch allows players to stream their gaming sessions in real-time.

Users of popular social media platforms founded in the Western Hemisphere will find themselves pretty disconnected in China. The communist regime has long restricted access to Facebook, Twitter and Co. However, social media in China is booming nonetheless and almost 80% of the population are actively engaged with social media. The Asian country has its own version of the mostly US-based platforms.

With more than 1 billion registered users, WeChat clearly dominates the Chinese landscape when it comes to instant messaging, followed by its predecessor QQ. Blogging platform Weibo is the Chinese answer to Facebook, while Xiaohongshu is Instagram’s photo-sharing counterpart and Youku the Chinese YouTube. Huya is considered a game live streaming heaven with an average daily viewing time of 135 minutes.

With the internet evolving at lightning speed and new players joining the scene on a regular basis, not all social media projects survived. MySpace, for example, is merely a shadow of its former glory. While it celebrated being the most visited website in the world in 2006, it was faced with losing 10 million unique users within just one month in 2011.

From Google Wave and Google Buzz to Google+, none of the search engine mogul’s attempts to challenge market-domineering rival Facebook was successful. Wave lasted merely a year, replaced with Buzz which soon met a similar fate. Even FriendFeed, founded by former Google employees in 2007, was later bought by Facebook and closed down for good in 2015.

More than a year before Instagram was born, the photo blogging site DailyBooth encouraged its users to take a picture per day and caption it. After its launch in early 2009, the platform became very popular with celebrities and influencers. Within a year it had 3 million photo uploads and 10 million comments. However, in 2012 DailyBooth was taken over by AirBnB in an attempt to revolutionize the travel market. A few months later nobody remembered the site.

First launched in 2005 in the US, Bebo at one point overtook MySpace in terms of being the most popular social network in the United Kingdom. However, it quickly started losing users to Facebook and the company declared bankruptcy in 2013. It has since moved hands several times, was due to relaunch in 2021 and is currently in a beta testing phase.

Launched in 2010, Ping was Apple’s attempt on joining the social media market, focusing on connecting users with artists. While it had 1 million users to begin with, the site was closed down in 2012 and replaced with social media integration for Twitter and Facebook.

Focusing solely on video content, Vine was a pioneer in the social media scene. Its mobile app was way ahead of its time and became the most downloaded free app in the US for iOS in 2013. Vine was acquired by Twitter even before its official launch, but closed down a few years later due to its inability to evolve further. Another video platform for social media fans, Meerkat allowed to place live video streams to the top of social media feeds. However, with Facebook and Twitter introducing their own live feed functions, Meerkat’s days were numbered.

The Future of Social Media

Though no one has a crystal ball, it is clear that the growth of social media will continue rapidly. As we look for new ways to connect with each other, technology will need to find different and exciting ways to keep us engaged. Facebook and YouTube have both introduced “Kids” versions for the next generation, allowing children to learn about social media in a safe, parent-controlled environment.
We can only speculate what social media in the future will look like. But one thing is certain: It is set to remain a permanent part of our lives.
If you need help with your digital marketing and how to maximise your potential to grow your business, contact the friendly team at Energise Web today.